What you are about to read is NOT real news. It is satire. Where possible we have provided links to the real stories/issues that inspire us at the bottom of each article.
Follow us on Twitter @Students_Last

Time To Be Cruelty-Free

Virginia – Well-known for their anti-fur advertisements featuring naked celebrities, this week People for the Ethical Treatment of Animals (PETA) came out against another type of testing – standardized testing of students. At a press conference on Wednesday held at their Norfolk headquarters a spokesperson articulated the organization’s position as follows:

As most people know, PETA is focused on ending animal suffering. Typically we work to protect animals such as rats, rabbits and chickens from cruelty in laboratories and on farms. However, today we are speaking on behalf of human animals, namely the American public school student. Every year millions of children are routinely tortured in the name of educational measurement by the standardized testing industry. They suffer through unnecessary field, diagnostic and predictive testing. We were sickened to learn that at any given minute during the school day, more than 1,100 American children are being tested in some capacity. There are rats in pharmaceutical labs that undergo less testing.

Caged in their classrooms for hours prepping for exams, schoolchildren see less sun than a Purdue chicken. Moreover, these unnecessary examinations teach us nothing about a child's intelligence or their level of understanding because students of different abilities absorb, process and make meaning of information differently. This made us wonder: why are there limits on the number of performances a Ringling Brother's elephant can be in, but no limits on testing children?

PETA urges parents and guardians to choose cruelty-free schools for their children, that is those schools in which standardized testing is not used as the predominant measure of student learning. How can you tell which schools are cruelty-free? They are the ones to which wealthy people send their children. Of course, another option would be to consider opting-out of tests.

To keep pressure on those responsible for these cruel and never-ending examinations sign the petitions below and join the thousands of caring Americans who refuse to participate in the excessive testing of the most innocent of animals - school children.


Reality Alert:
Interested in how we came to write this? Go to: Change the Stakes Teacher Exposes Board's Ridiculous Testing Policy and Teachers Refuse To Give Standardized Test At Seattle High Schools
Posted by Students Last at 5:52 PM 2 comments:

New York City - To promote the release of her new book, "Radical," Michelle Rhee attempted to set a world record by duct taping the mouths of twenty children in less than a minute. The old record (yes, there is one) of 18 people in one minute, was held by a serial killer from Indiana. Sadly Ms. Rhee's efforts fell short. She had a strong start, applying the adhesive material flawlessly to the first eight children but at the ninth, the tape stuck to her fingers and it threw off her timing. She fell far short of the record, managing to seal the mouths of only 14 kids in 60 seconds. Commenting on her performance, Ms. Rhee admitted, "I should have practiced more. You can't just rest on your laurels."

Posted by Students Last at 7:37 PM No comments:

Newark, NJ - On Thursday morning, there was a shouting match outside of Elma Street Elementary School as a teacher and several parents exchanged angry words.

"Well if you're such a good teacher then why didn't my boy pass that exam?" countered a parent. 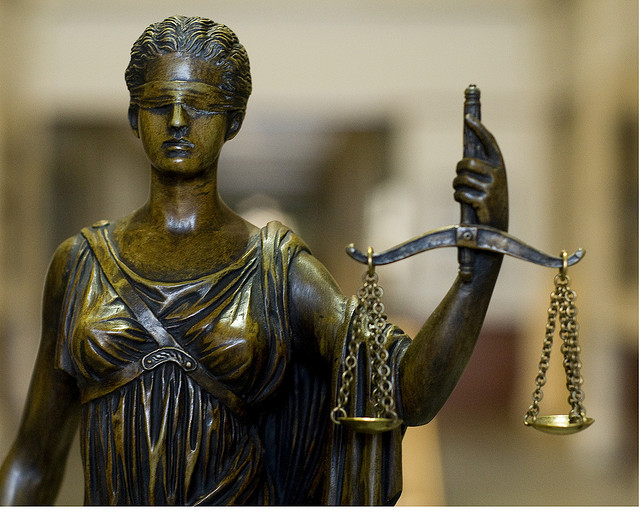 What was the hullabaloo about? Several parents had discovered that they and their children were being sued by fourth grade teacher Sandra Wettfeld. In a legal maneuver widely acknowledged to be the first of its kind, the New Jersey educator filed suit against five of her former students and their families for loss of income. The basis for Wettfeld's lawsuit was explained that afternoon at the law offices of Slaughter & Hem.

Lawrence Slaughter, who specializes in educational law, described Ms. Wettfeld's case, "Basically, we are suing because under the Newark Teachers Union contract, Ms. Wettfeld can earn an extra $5,000 if she is rated as "Highly Effective" which is largely based on her students' test scores. Several of her students did not perform as they should have which resulted in her losing that bonus money. So she's looking to be compensated by those students and their families who failed to live up to expectations."

Wettfeld explained, "No one teaches to the test better than I do. So I knew I would get some bonus money when the scores came back." She paused to wipe a tear from her eye, "I stayed late, wrote great lessons and offered extra help but I've got students who don't come to school regularly. Students who don't sit still because they're hungry or distracted. Students who don't do their homework or go to bed on time. And those things are not my fault; they're the kids' fault and the parents' fault. Why should I suffer?"

Though not yet named as defendants, Slaughter's law partner May Hem is researching the viability of adding the school district and teachers union to the lawsuit. "Let's face it, we're going after the families because their kids failed the tests but if you want to get justice, you have to go after the clowns who thought this type of compensation was just.

Although the school district and mayor's office both refused to comment on the lawsuit, Newark Teachers Union President Joseph Del Grosso called it, "a step in the wrong direction." Addressing the media on Friday, Mr. Del Grosso said, "Parents, teachers and students should not have an adversarial relationship but once money is introduced, well that has a way of changing things." Asked if he should have thought of that before agreeing to the contract that ties teacher income to student test performance, Del Grosso commented, "I think some things are unforeseeable."

Perhaps less unforeseeable, the slew of virtually identical lawsuits that have been filed in other states since Wettfeld's press conference. Though the legal ground for such cases is still swampy, in just a few days eight similar suits have been filed in Washington D.C. and Oregon where merit pay systems are also in place. Legal pundits are watching to see the outcome of these cases with great interest. Slaughter put it this way, "We understand this case is charting new territory which of course carries some risks. However, this territory has the potential to be quite lucrative."

Back at Elma Street Elementary, parent and named defendant Sam Oliver seemed less annoyed than embarrassed and frightened as he looked over legal documents, "Our family had a tough year. I lost my job and well maybe we weren't as academically-focused at home as we could have been but... we just don't have this kind of money. I don't even know if I can afford a lawyer."

Michelle Rhee's organization StudentsFirst released this bold statement in reference to the suit, "To paraphrase Arne Duncan's iconic quote about the education opportunities Hurricane Katrina created, we believe that tying teacher income to student scores was the best thing to happen in Newark schools because strife creates opportunity."

Should corporations be allowed to "place" products on state exams?

When should we begin administering standardized tests to students?

Do you agree that teachers suck more than they used to?

Should teachers be paddled when their students fail a test?

Other Sites of Interest